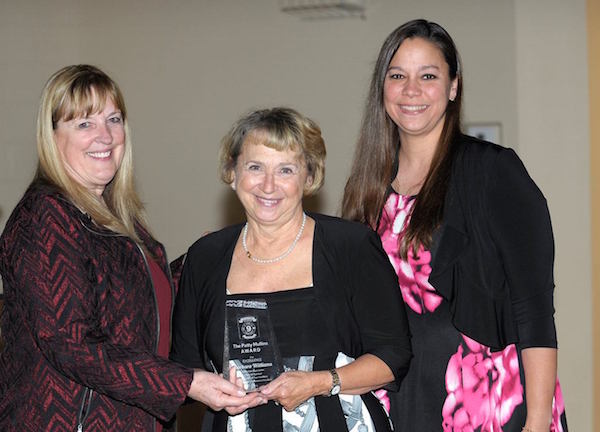 Barbara Williams and her husband, Buddy, moved to Culpeper County in 2008. Both were recently retired, he from the Federal Government, and she from her work as a Felony Court Reporter in Leesburg.

Prior to moving to the area, Barbara served as a National Disaster Responder for the American Red Cross. She and two crew members responded to the devastating aftermath of numerous tornadoes, hurricanes, earthquakes, and floods all across the country. She served as a CPR Instructor and Case Work Manager for ten years.

About a year after moving here, Barbara was compelled to stop in at the Little Fork Volunteer Fire & Rescue Company as she was passing by. Amazingly, the bays were open, and people were there. She asked Chief Monaco if he needed any help with filing or clerical work. He said, “No, but I need an EMT!” So needless to say, she applied for membership, was voted in, and began a 9-month long EMT training program at the age of 62. Her work with the Red Cross quickly fell off the radar as became engrossed in serving her local community.

Since the beginning, Barbara’s contributions have expanded greatly. In addition to being on-call 4-5 days a week from 6:00 a.m. to 6:00 p.m., Barbara coordinates the daytime staffing matrix. She loves serving as preceptor to new EMTs, who shadow her and train for two to three months until the Chief feels they are ready to work alone. All in all, she contributes about 50-60 hours a week of volunteer time.

Since she lives relatively close to the station, Barbara opens her home to the young volunteers who need a place to hang out or sleep while on-call. (The garage that houses the emergency vehicles has no sleeping quarters or air conditioning.) The kids swim in her pool and play poker on her porch on Friday nights. Her warm, generous nature has earned her the nickname “Grandma 9.”

Chief Doug Monaco commented, “Barbara has shown commitment, compassion and competence since she joined Little Fork in 2009. She was awarded the Patty Mullins Memorial Award at our annual banquet in 2015. Barbara has assumed responsibilities and work assignments to better our community and has always exhibited a willingness to do more than the minimum.”

Barbara shared one of her favorite quotes that she lives by, “Never retire from something, retire to something.” It is the key to happiness and fulfillment in retirement. She said, “Other than my husband and my children, this is the best thing that has ever happened to me! The work with Little Fork keeps me sharp, feeling young, and active. I love the feeling of camaraderie – it is just wonderful!”

If you would like more information about volunteering your time for Little Fork Volunteer Fire Department, please contact Chief Doug Monaco at 540-937-7717. The minimum hourly commitment each month is 12 hours. All training is provided at no cost to you. You can learn to become an ambulance driver in one weekend. It will change your life!