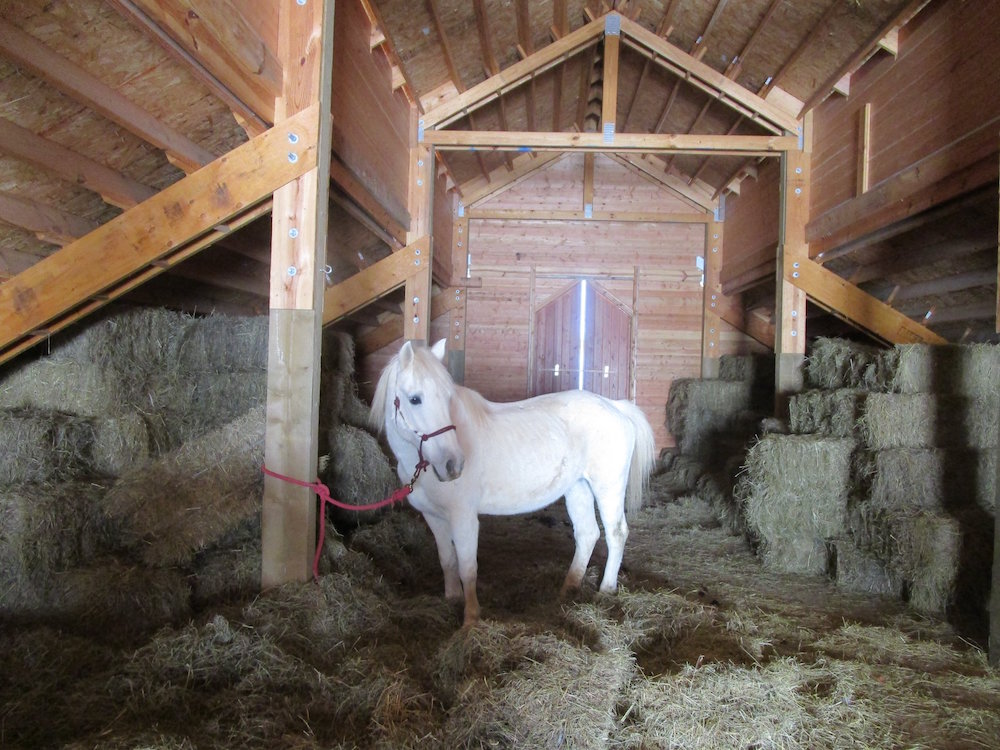 November 26, 2018 – At approximately 0940 hours the Little Fork Volunteer Technical Large Animal Rescue Team was dispatched to assist with extricating a horse that was found in a hayloft the night before in Page County Virginia. The owner researched Google and found Little Fork’s contact information.

We conferred with the vet and the Members from Luray who advised that they could obtain a telehandler from a nearby location. This machine was large enough to lower her to the ground. It could extend 30′ and lift 4,400 pounds. This became Plan C. 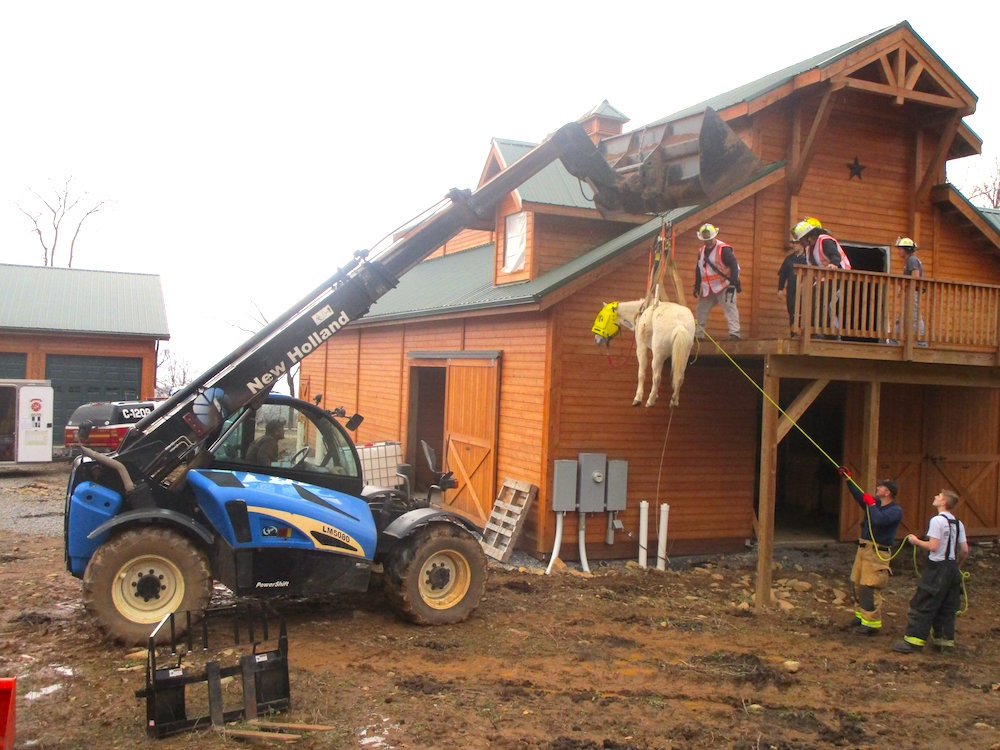 It was decided to use Plan C. The members from Luray contacted the owner/operator and arranged to have it report to the site. While waiting we removed the materials covering the opening to a second floor deck. The railing was removed to give the telehandler access to our Becker sling system. Holly was moved to the opening and sedation was administered. We placed the lifting straps on her and held them in place with clevis hooks and placed a head protector on her. Once done, Holly was moved onto the porch. The telehandler had been positioned with our spreader bar attached by chain to the bucket.

Holly was moved under the bucket and the slings were attached to the spreader bar. All of the rigging was checked and Holly was lifted about 4″ off the porch. A tag-line was attached to the rigging and was dropped down to the ground crew. All rigging was checked again by the Safety Officer and the removal began. Holly seemed apprehensive when she was moved off the porch and found herself 20′ off the ground, but she remained calm and was slowly lowered to the ground. 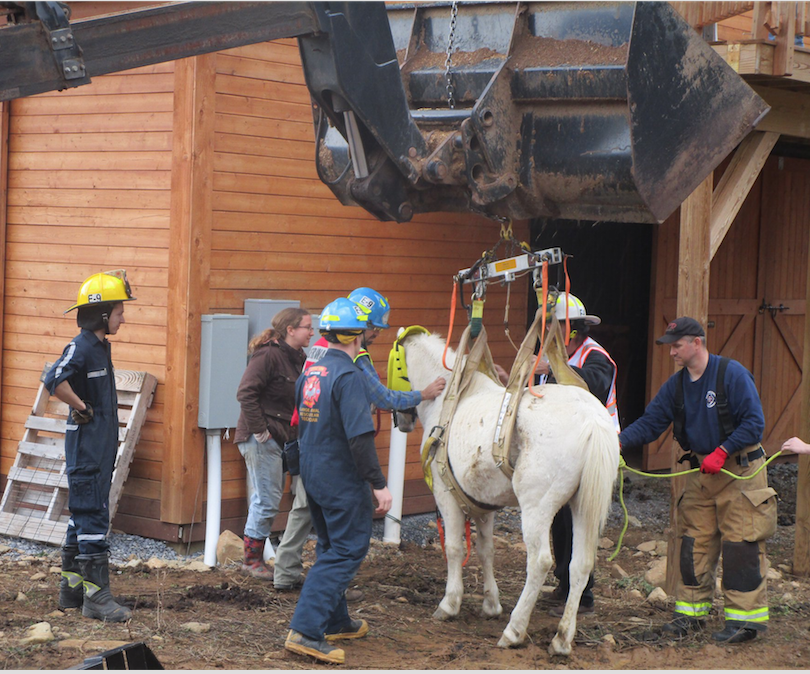 Once on the ground the Becker sling was removed and she walked away. SUCCESS !!!!

All of the crews worked together to stow the gear and we returned home. We arrived back and had cleaned most of the equipment by 1500 hours.

We would like to thank Chief Lancaster and the 8 volunteers from the Luray Volunteer Fire Department; The Page County Sheriff’s Office; the vet Dr. Burke from Luray Clinic of Vet Medicine and Garrett Moyer owner/operator of the telehandler. Little Fork responded with four technicians on Equine 1209 and Rescue 1209. 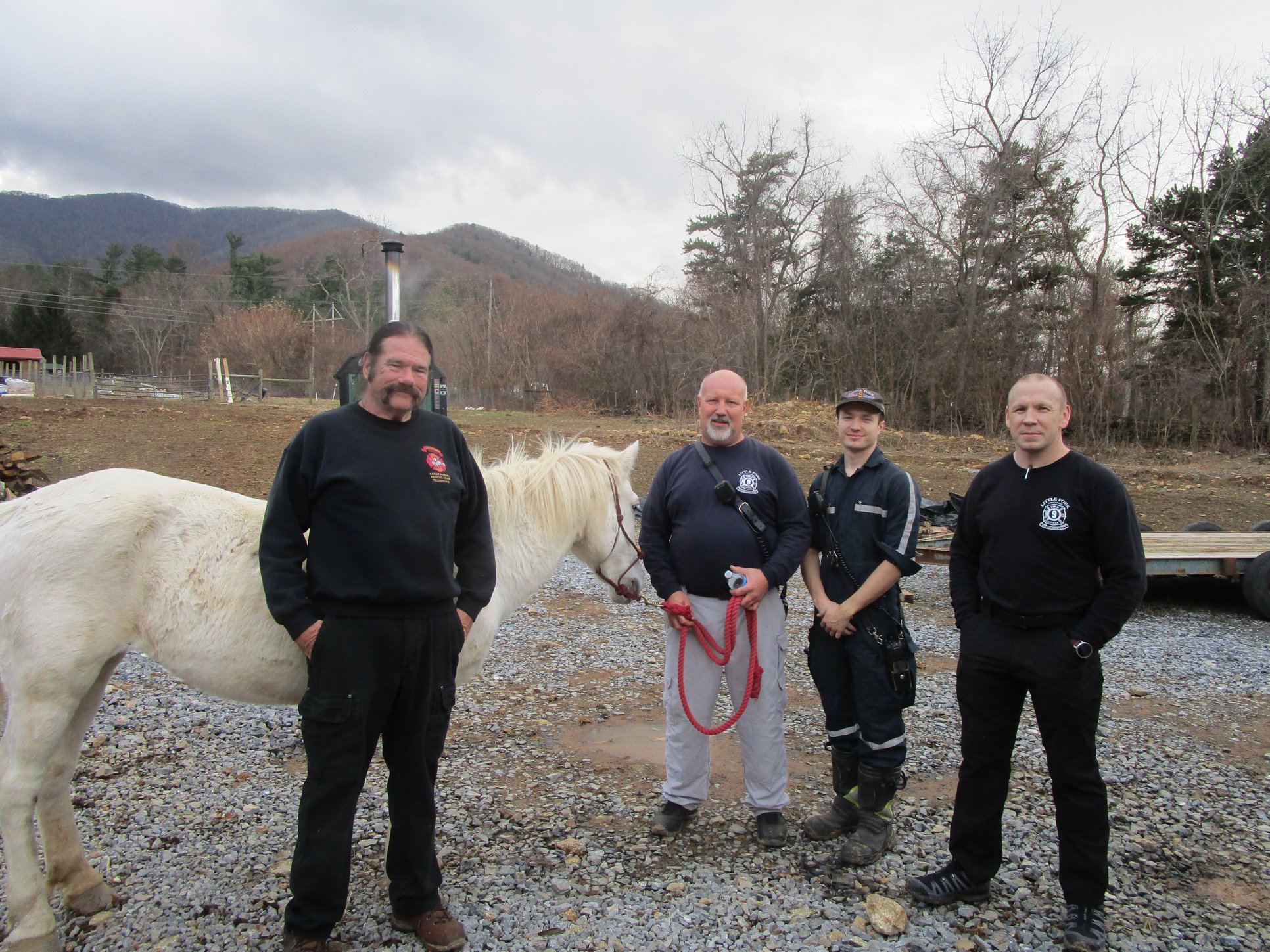 Horse Sneaks Up Staircase for a Snack and Instantly Regrets It, Thedodo.com